Type in keyword to search

On our Southeast Asian culinary conquest, the gods of food, the old and the new has once again given us a blessing: Tom Yam. As George R.R. Martin once wrote ‘The north remembers’, but little did we know that the neighboring south, Malaysia, improvises. It would be tragic for a typical tourist to order up Malaysian tom yam and anticipate the same taste from the north yet not all tom yam are created equally.

Tom Yam is a clear-ish soup with the a playful yet flavorful aroma scented from the typical herbs and spices such as lemongrass, galangal, kaffir lime leaves, cilantro with the kick of fresh chilies, and (of course) fish sauce. After the dish migrated its way to the south, Thai tom yam took on visual elements of the Malaysian Assam curry, with a little bit of help from the pounded chili paste making the soup also thicker and also giving it a vivid red orange color,

But aside that, it’s also because of its base ingredients from the ever abundant seafood resources which are river prawns and fish but you can also have it with chicken, pork or beef. As you take a sip of the soup you will also get a hint, not actually a hint but more of a punch of tamarind, lime juice, and sometimes even dried chilies.

Nonetheless, the Malaysian take of this Thai classic still resonates the symphony of the hotness and sourness of the soup. The Malaysian style Tom Yam is also usually served with noodles making it a great company to your typical tom yam broth, fresh vegetables and seafood. 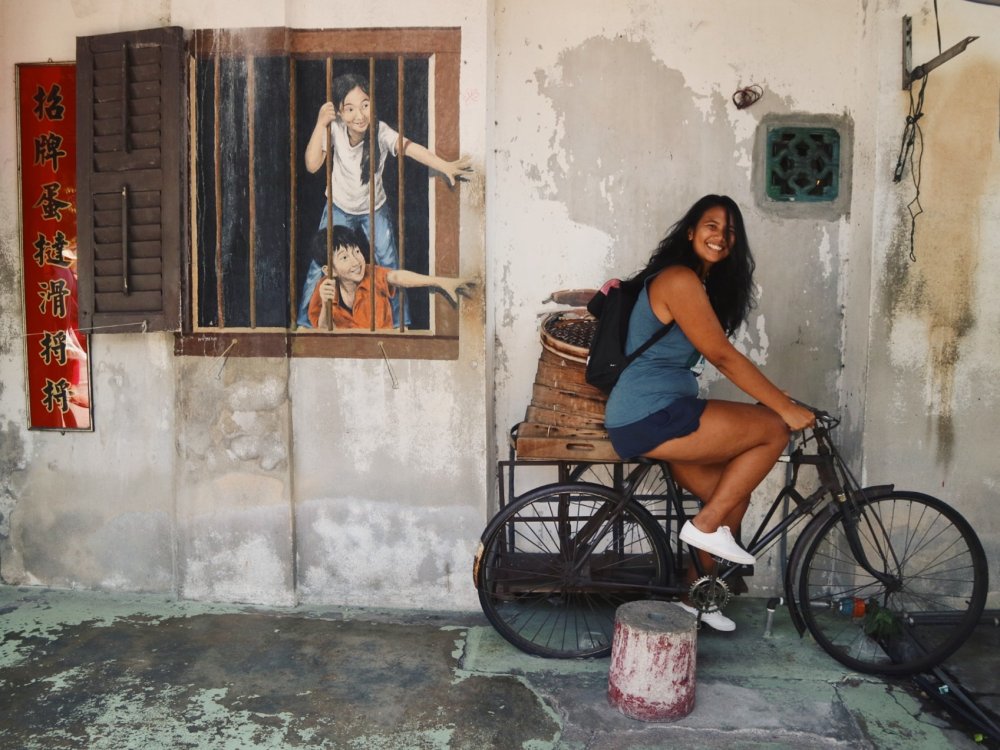 On my last day in Penang (during my first trip), I carefully thought of where I should have my last meal. It was too special a time for me and I really considered eating in Ayer Itam for the Asam Laksa. Still, distance was something to consider plus I was sick so exhausting myself wasn’t an option. I went through my list of places to try again and was reminded of the Village Fish Head Noodles.

FISH HEAD — that doesn’t exactly sound appetizing for me. But as I say, always give something a try before disliking it. So off I went to the noodle house.

The place was kind of full so I had a couple of locals sit on the table with me. I ordered the Tom Yam noodles and when I had the first sip of the soup, my eyes popped open so wide I couldn’t even believe my own reaction. It was ridiculously good. You know that feeling when something’s SOOO good, you have to express it; to exclaim “WOW”. I wanted to do that but I was so embarrassed. I couldn’t take my excitement I had to message a few friends online just to get it out of my system. 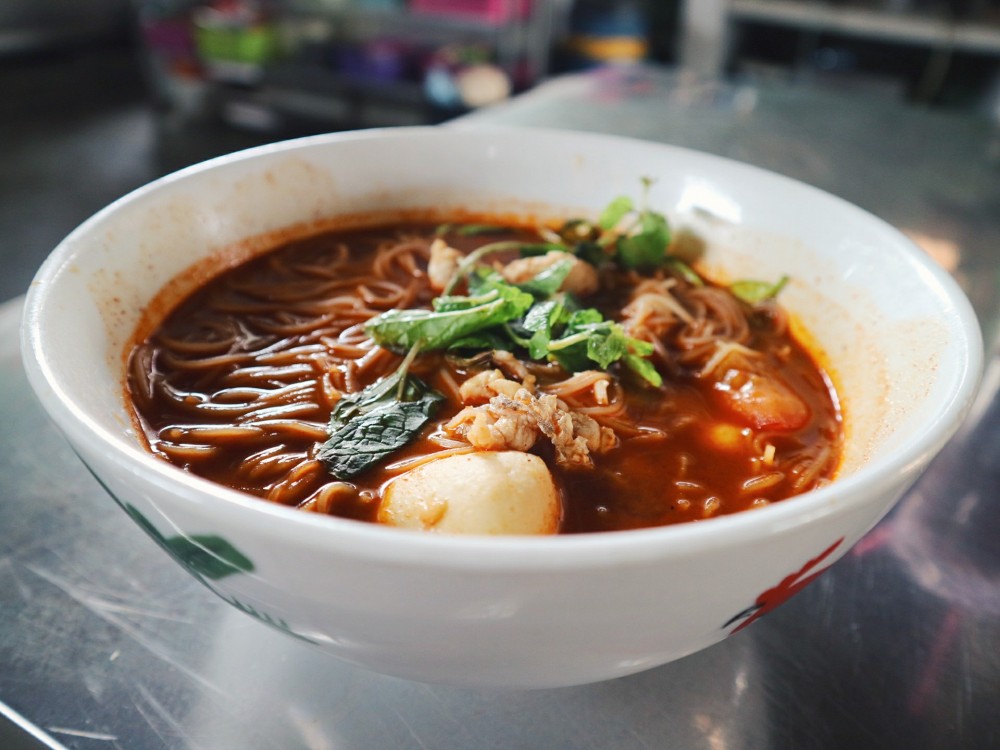 Needless to say, I downed that giant bowl of goodness straight up.

Village Fish Head Noodles is apparently one of the pioneers of the fish head noodles scene. Upon entering, you will see a mix-and-match station with various fish, seafoods, meats, vegetables and toppings to be a part of your brimming bowl. Aside from the toppings you will also have a selection on the types of noodles: bee hon, rice vermicelli, thick or thin noodles and instant ramen version. They also have milky and clear broths. Apart from tom yam, Village Fish Head Noodles also serve up their signature dishes:

Fish Head Bee Hon with a choice of either a clear or milky broth served with fresh fish slices, vegetables and vermicelli rice noodles.

Deep Fried Kampung Fish, the best side dish for your chosen bowl. Kampung fish deep fried til super crispy, simple with the best  crunch! You can actually eat them whole and best part to munch on, guess what? THE FISH HEAD!